So the beginning of my adventure in Greece had been a hell of an adventure to say the least. However, as someone who comes from a life that is far from perfect, these things were minor hiccups in the grand scheme of things.  Despite the hectic nature of the trip so far, I was enjoying myself and I had never felt so independent in my life. When the morning sun rose high above in the sky it was time to set sail to our next destination: Paros. Like Mykonos, Paros’ rugged landscape and pristine white houses are breathtaking. Along with the phenomenal views, there are several beaches in Paros to immerse yourself in upon arrival, and that we did. As our boat docked at the port, we set off to a beach shop in search of beach gear and sunblock. As a gentle reminder, it is recommended you bring your own sunblock prior to arriving to Greece as the sunblock can run anywhere from 25 Euros and up near beach locations. Once we collected our supplies, we headed to the beach with floaties in our hands and joy in our hearts (that line sounded a lot cooler in my head).

As we swam out further into the Aegean Sea and took selfies and videos on a few of our tourmates GoPros, the tension once again began to melt away. It didn’t matter that I had left on vacation in the middle of a summer course back home, it was time to be present in the moment. Just as walking around Mykonos the day before had erased all the stresses of life, being weightless on our floaties created a sense of peace and calm. It was everything I could ever ask for and more. After our selfie sessions ended and we worked up an appetite, we headed back to the boat for a late lunch. Although I cannot remember the specific meal of the day, I do want to give a special shoutout to the man who cooked all our meals during the trip. He went above and beyond and showed kindness that extended beyond simple courtesy. It was people such as him which made the trip all that better. 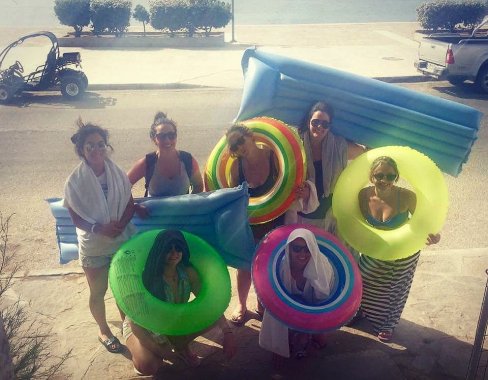 Once we filled our bellies with food, it was time to relax before the adventures that would commence at night and so it was time to stock up on alcohol. After showering and prepping ourselves for the night and consuming some of our stock, it was time to head to the town. First stop: a hookah lounge. When we arrived to the hookah lounge we were greeted by our tour guide with free shooters, while the owners of the lounge presented us with a cocktail menu and a list of shisha flavours for our hookah. While I decided it was not my thing, I understood why it has garnered considerable popularity. It creates a sense of community and so I was happy to observe while they passed it around. After a considerable amount spent indulging in free shooters and cocktails, it was time to dance off the alcoholic beverages we had consumed.

After dancing the night away, and not having consumed anything since our late lunch I was absolutely starving. Luckily for us, in the distance a bakery was opened for all late night cravings and it was there I had the most delicious cheese filled pastry of life. Also known as as tiropita. The pastry was flaky to perfection and the melted cheese was to die for. Greece truly is a foodies dream.  With food in my belly, it was now time for sleep. Tomorrow we would head to Naxos, or so we thought!

The Next Day: Naxos…..or Not

The next day as I lay in my bed, I was awaken by the sounds of shouting amongst our cabin crew. The cause for the commotion? Our boat was sinking! We were all going to die! Okay, so that wasn’t entirely true. The real reason for the commotion was that our boat had encountered a mechanical problem and from our understanding the engine motor has essentially given out. As a result, while we weren’t sinking, we weren’t really going anywhere with no running engine. While we waited for reinforcements to help tug our boat to shore, we were given the news. It would take eight hours to be tugged to Naxos or four hours to be tugged to another port in Paros. The decision was made: we would return to Paros. As we waited for backup, I decided that if we were going to be stranded I was going to take this moment to get my tan on. And so, as the boat rocked aggressively back and forth (which is exactly what happens when you aren’t moving), I brought my blanket from the cabin, set it on top of the deck, and laid down to soak in some rays. 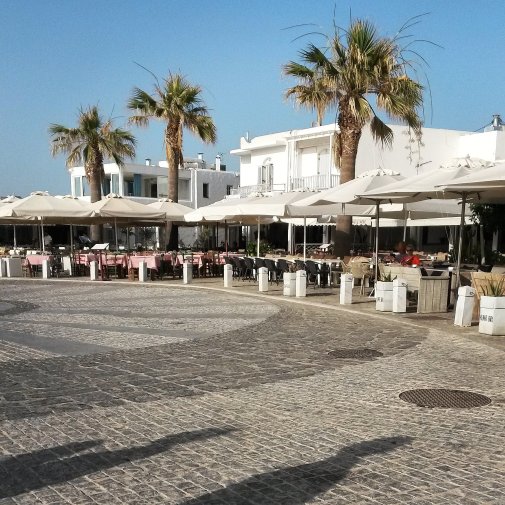 After our reinforcements came and we were hauled back to Paros, it was time for our crew to establish a backup plan and so it was decided to tour Paros on quad bikes. Whereas, the previous day we did not get a chance to see Paros, our broken boat had been a blessing in disguise as we were given the opportunity to really check out the island. As we hopped onto our bikes, we kicked up some dust and were ready to go. Riding around Paros, we were able to truly take in the rugged landscape and beautiful architecture first hand and appreciate the colourful plant life and shrubbery that Greece offered. For anyone travelling on any island in Greece, I recommend renting out a mode of transportation such as a quad bike as it truly allows you to maximize the amount of things you get to do in a day. After touring a bit, it was time to stop at a different beach than the one from the day before for the rest of the day. Unlike the beach from the day before which was not that large in size, this beach was much larger with softer sands and azure blue waters. In addition to the beach itself, the food like all the food I had tried in Greece so far was absolutely fantastic. It was here that we set up shop to spend the rest of the day and get our tan on. 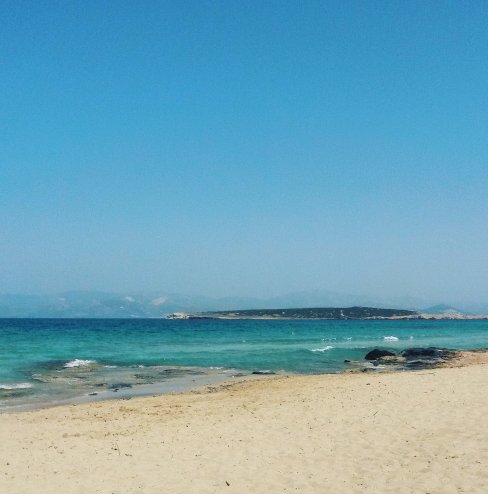 After a long day at the beach, it was time to head back to our shipwrecked boat for the night and settle in. With alcoholic reinforcements in our hand, we would have a boat party in the middle of the sea. You work with what you got! That night our ship along with two of the other boats who helped tug us to safety had a boat party on our ship. While I can’t remember various details of the night due to a lack of sobriety and what not. I do remember the feeling. We had been stranded and yet all three boats (ours and the life savers), took the hand we had been given and made the most of it. It was a great night, and with our boat finally fixed we would be able to continue our journey tomorrow.

The adventures of a sleepy globetrotter. View all posts by Passports and Pyjamas