And just like all the other journeys that came before, I was drawing a close to my time in Greece. The final stop on the adventure: Athens. After the striking sunsets, bumpy quad rides, and wild water sports it was time to visit the place where democracy was born. The start of my journey had been a rough one, full of obstacles and trials. However, by sticking it out I had met fantastic tour mates along the way and made memories that would last a lifetime. These memories would include making the most of a boat shipwrecked at sea, making up drinking games out of playing cards featuring individuals performing acts not suitable for the eyes of children, dancing to a man playing a cajon, watching the sunrises and sunsets, and sleeping on the deck to fall asleep under the stars. It was these moments of sheer beauty, joy and peace which validated that I had made the right choice in taking this trip for myself.

Although initially I had plans for my day in Athens to be jam packed full of adventure, the pace was slowed down considerably due to falling ill the day before. The sights I did manage to see were the Temple of the Olympian Zeus, Hadrian’s Arch and the Acropolis. The temple is an outdoor sanctuary dedicated to the supreme ruler of the gods, Zeus. He is the god of the sky, as well as thunder and lightning. According to Greek mythology, Zeus’ father Kronos feared a prophecy that he would be overthrown by one of his children, and swallowed them whole to prevent this. The youngest child Zeus, however, was saved from this fate as his mother Rhea substituted Zeus for a rock wrapped in swaddling clothes and fed it Kronos. Zeus was then sent away into hiding to the island of Crete where he was reared and would grow up eventually to fulfill the prophecy and save his brothers and sisters. After drawing lots against his siblings, he would go on to become the ruler of the gods. Upon arriving at the temple, I felt joy in being amidst a place which stood as a representation of the extraordinary mythology of the Greeks I had learned about during my first year in university. The structure is made from limestone and pentelic marble, and over the centuries construction has followed a pattern of being halted and continued. Sadly, after completion it stood tall for only a few centuries before being damaged by war. After admiring the temple, my tourmate and I walked around the grounds to see the roman baths and lastly admired Hadrian’s Arch on our way out of the grounds. 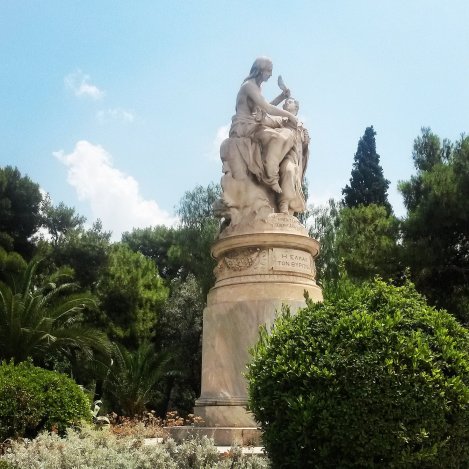 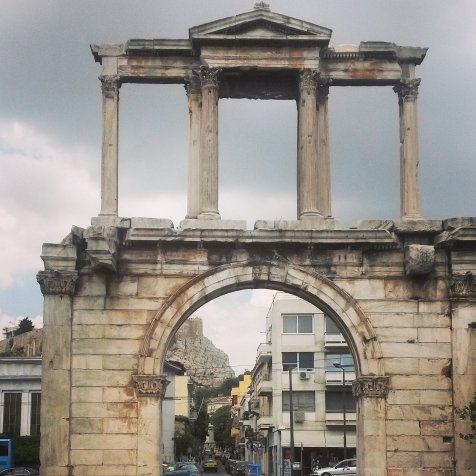 After visiting the Temple of  the Olympian Zeus, it was time to move on to what Athens is known for: The Acropolis. The Acropolis is an ancient citadel which sits atop a hill in the city. In it resides several important buildings, including the Parthenon. Before you embark on this adventure to the Acropolis, please note that the Acropolis by being on top of a hill requires some level of physical fitness. As a result, make sure to wear some comfortable sensible shoes, bring sunblock as the complex offers little shade, and food and snacks to stay hydrated and satisfied as places for snacks are far and few between. With that being said, the ancient citadel was beautiful. Although some of the beauty was squandered with the construction going on to restore the monuments, it is a place one must definitely visit during their time in Athens. I felt honoured to be in such a place of sheer beauty and rich history. During our walk around the citadel we saw the Parthenon dedicated to the goddess Athena and the Odeon of Herodes Atticus, which was used as a venue for music concerts by the ancient Greeks. If I had come prepared, I most likely would have spent the rest of the day there. However, with little preparation and my illness worsening,  I had to halt my adventures for a moment to refuel on food and water. My illness had beat me and so it was time to rest. 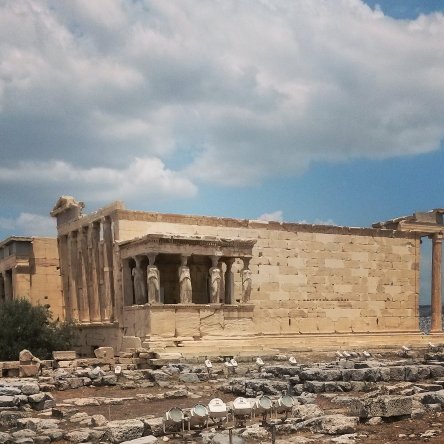 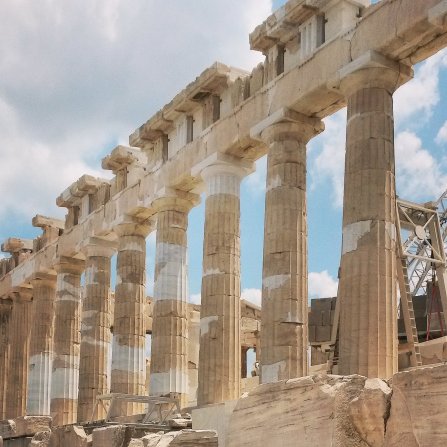 After getting back on to our hop on, hop off tour bus, I took the moment to rest and see some of the other sights of Greece from the comfort of a vehicle such as the Panathenaic Stadium and Parliament. Being exhausted from the long ferry ride the day before, I eventually dozed off in the comfort of the tour bus until we arrived at a destination to refuel our energy at. After some food and beverages in our system, we headed back to our hostel where I spend part of the afternoon napping and packing up my suitcase for the trip back home the next day. My illness had drained me and I needed to recover. After having some time to myself, the day was finished off watching the sunset sitting atop a hill in Athens. It was the perfect ending to my journey, and as locals and tourists all sat atop the hill, I felt whole. In this moment, we were all bound together by the same thing and all problems in the world ceased to exist for a moment. 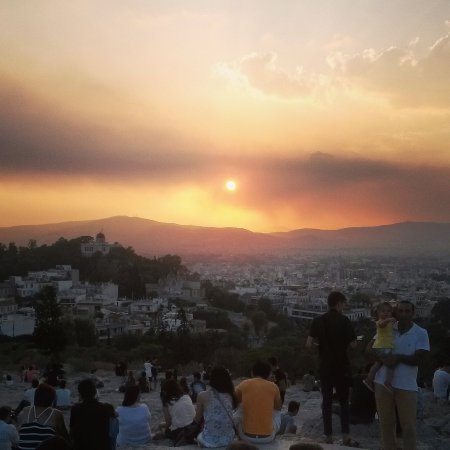 The next morning, I was headed back to my home country. As I headed towards the airport, a friendly faced Greek shop owner whom I had asked directions from invited me to sit down for a moment outside for a cup of coffee. Despite being frantic to catch my flight, I agreed to sit down for a moment for some conversation. We spoke briefly about the beauty of Greece and the values of the culture which I admired. While it may have been an insignificant act to him, it remains ingrained in my mind and reminds me to take life one step at a time and treat everyone with kindness. During this trip, I learned so much about myself and it allowed me to reevaluate the way I saw life. I was slowly becoming embittered by the curveballs life threw at me, and this trip allowed me to accept the things I had no control over and change those that I did. Some of you reading this may feel as though what I am saying cannot apply to your situation because the obstacles you are facing are too grandiose and cannot simply be accepted. I ask you to change your way of thinking, as being consumed by these obstacles will only prevent you from attracting the happiness you deserve. The obstacles I have faced and continue to face are of a great magnitude, and yet I have learned to make my peace with them. This is not to say that every day it will be easy to simply accept the lot you have been given, but rather I simply ask that you try and remember that if today is not a good day, we can only hope tomorrow will be better.  Life is too short to be so angry and we can all learn a little from the Greeks about appreciating life in the moment.

Hope you all have enjoyed reading about my adventures and stay tuned for my Asian wide adventures coming soon. I promise the photos get better from here on out!

The adventures of a sleepy globetrotter. View all posts by Passports and Pyjamas